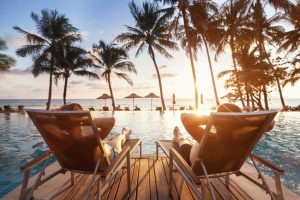 If you know a bit about how alimony works in New Jersey, then you know that the lifestyle a couple enjoyed during their marriage (sometimes also called the “marital standard of living”) is a very important factual factor the judge will consider in making an alimony award. So, whether you are the spouse seeking alimony or you are the spouse potentially paying alimony, it is important to have the evidence and the arguments you need in order to present a clear picture of what your marital lifestyle really was. To make sure you are equipped to do that and get a fair outcome from your alimony case, look to an experienced Hoboken family law attorney to provide the legal representation you need for success.

A case from earlier this year faced a question that can potentially impact a lot of Garden State couples: how should courts ascertain a couple’s marital standard of living and handle alimony when the couple’s lifestyle was beyond their actual means?

In that case, S.W. and his wife, G.M., were a divorcing couple who had lived beyond their means while married, even though their means were quite substantial. While the husband’s income fluctuated dramatically from year to year, he had an average annual net income of more than $1.3 million. (The wife stopped working outside the home after the birth of the couple’s eldest child.)

While the couple amassed considerable income, they spent even more, living a lifestyle beyond their earnings. They had, according to the trial court, a marital residence in New Jersey and a second home on Cape Cod, each of which “were renovated and enlarged on an almost constant basis.” They owned 12 boats while they were married, including sailboats and three Boston Whalers. Their children each attended exclusive (and very expensive) boarding schools for high school. The spouses held “country club, dinner club and yacht club” memberships. The wife spent $100,000 each year in pursuit of her photography hobby.

After the trial judge set alimony, the wife appealed, arguing that such a low amount of alimony would leave her living a post-divorce lifestyle far below the marital standard of living.

A ‘lifestyle… comparable to the one enjoyed… during the marriage’

Alimony is supposed to be something that assists the recipient spouse in “achieving a lifestyle that is reasonably comparable to the one enjoyed while living with the supporting spouse during the marriage.” This means doing more than looking at what the supporting spouse made in income. It means considering “what the parties spent during the marriage” in order to make specific findings regarding the nature of the marital lifestyle and then putting a numerical quantification of that lifestyle. That is the number that must control an alimony calculation, not just the income figure.

There are many factors that go into the determinations, calculations and rulings that will come from your divorce case, whether they relate to alimony, child support or property division. To make sure you are properly protected and the judgment you get is a genuinely fair one, make sure you have the right legal advocate. Call upon experienced Hoboken family law attorney Frank Marciano for the effective advocacy your case deserves. To set up a consultation, contact the office online or call 201.656.1000.