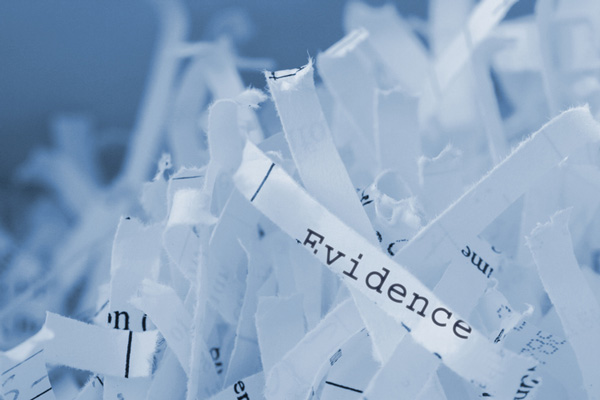 Ideally, in a perfect set of circumstances, two spouses going through a divorce will work together collaboratively and maturely to resolve their legal issues in the divorce (such as division of assets, alimony and child issues) in a mutually respectful way. Sometimes, though, that just isn’t “in the cards.” Even if your spouse is approaching your case in a calm and collaborative way, but especially if they’re not, you need to make sure your rights and interests are protected by having an experienced Hoboken family law attorney on your side during every step of the divorce process.

The case of S.G. and F.G. was not one of those “calm and collaborative” cases. Both spouses accused each other of domestic violence. The wife falsely accused the husband of sexually assaulting her. The wife also threatened the husband with a knife.

Additionally, she reportedly destroyed certain computerized financial files of the husband. These computer files weren’t just any financial files, though. They were “spreadsheets and other documents” tracing the husband’s pre-marital assets. When it came time to distribute assets in the divorce, the wife asserted that those assets were actually marital ones and should be divided between the two spouses in the divorce.

So, what can you do if you have an important argument you need to make as part of your divorce case (such as whether or not an asset is marital or non-marital), but your spouse destroyed the evidence you had to back

In any kind of contested legal matter, there is the potential for “spoliation” of evidence, which essentially means to destroy or otherwise make evidence unavailable or unusable. If this occurs due to one side’s intentional or negligent conduct, then the court can punish the destroyer for his/her wrongful conduct, even if it wasn’t intentional. American civil trials are predicated fundamentally on the notion of a fair contest, and one side’s destroying important evidence before trial undercuts that essential fairness.

What is a ‘negative inference’ and how can it help my case?

One of the ways that the court can punish the destroyer is by doing what the law calls “drawing a negative inference.” Essentially, what this means is that the court will infer that the evidence that was destroyed would have been unfavorable to the destroyer, and takes that to be true just as if it were proven in court.

So, what did that mean for this contentious couple? It meant that the judge concluded that the wife was guilty of intentional spoliation, so the court inferred that all the information in the destroyed spreadsheets and other documents would have, had they been presented at trial, showed that the assets in dispute were the husband’s pre-marital assets.

Obviously, that was a pretty strong benefit for the husband, and led the judge to decide that the assets were non-marital in nature and should go 100% to the husband, instead of being divided in the divorce.

There are many rules that exist in civil cases to ensure that the dispute is decided in a fair way. To get the benefit of some of those fairness-ensuring rules, though, you have to know about them and how to present them to the court. To protect yourself and your family in your divorce case, count on Hoboken family law attorney Frank Marciano. Attorney Marciano, alongside his and his diligent team, has many years helping spouses through the entire process of divorce. To set up a consultation, contact the office online or call 201.656.1000.