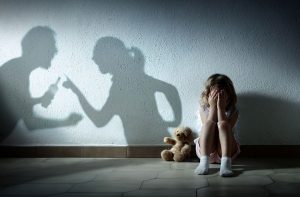 As a parent, you always want what’s best for your children. That’s true whether yours is the happiest of marriages, is a marriage that is faltering or a marriage that has already broken down and ended. Parents in that middle group often find themselves struggling with a most profound conflict: do we get divorced now or do we stay together for the sake of the kids? While many parents may feel an impulse that staying together is best for the kids, there is some evidence to suggest that, in many circumstances, the opposite can be true. If you are a parent and you think that your marriage may headed for divorce, it is worth your while to at least consult with an experienced Hoboken divorce attorney.

In an early February installment of fatherly.com’s advice column, “Ask the Good Father,” a writer stated that he and his wife were in that position. Both spouses wanted a divorce. “We’re going to get a divorce. It’s been a long time coming and we are both okay with it,” the father wrote. Despite these facts, the couple planned to remain married for another half-decade or so. Why? They shared a four-year-old son. Remaining an “intact” family until the boy reached the age of “9 or so” was what both parents believed was best for the child, and so they indefinitely postponed going their separate ways.

While that impulse is quite understandable, some research suggests that this couple’s plan of staying together for another 5 years may hurt, not help, the child. Back in early 2019, The Guardian published the results of a research study that looked at 6,245 children in the United Kingdom. That British study indicated that parental breakups were the hardest on children ages 7 to 14. The children in that age group were the most likely to suffer mental health harm, including anxiety and depression. So, if this father’s son had the same mental makeup as those children studied in the UK, then the parents’ delaying their divorce until the boy was around 9 or so would actually do more harm, not less, to the child’s overall well-being.

What kind of relationship are you modeling to your children?

In some ways, the benefits of not delaying a divorce that is truly inevitable are logical, if you think about it. Very few couples who once shared a deep and intense love and whose marriage is now genuinely irretrievably broken are able to continue interacting with each other in a truly constructive way, no matter how much they love their child. Some may, but most cannot. Without that bond between the spouses, it may be easier to be dismissive, to be insulting, to be disrespectful, to be verbally abusive or otherwise model various unhealthy behaviors.

When your children are looking for indicators on what a marital relationship ideally should look like, they are looking at their parents… in other words, they’re watching you and your spouse. If they see you frequently yelling at your spouse in anger, or if they see your spouse constantly berating or belittling you (and see you take it in silence,) they may think it’s OK to verbally abuse a partner or they may think that they’re required to put up with psychological abuse from a spouse. As an author stated on Huffington Post in 2016, “I want my relationships to be happy, healthy and mutually respectful, so that my children never settle for anything else in their own lives.”

Of course, each family is unique. What you can definitely take away from these articles, though, is that “staying together for the kids” isn’t always what’s best for the children. You owe it to yourself, and to your children, to talk to skilled professionals about your situation and see which pathway forward truly makes the most sense. Experienced divorce attorney Frank Marciano is here to help you do just that. Being a client’s family law attorney is about more than just litigating against an ex-spouse in court. It’s also about providing you, as the client, with sensitive and honest advice along with thoughtful solution options. Count on Attorney Marciano and his team to provide you with that kind of careful and diligent service. To set up a consultation, contact the office online or call 201.656.1000.