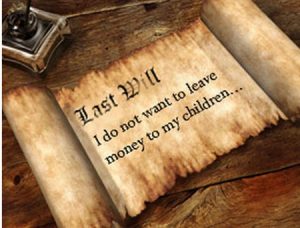 Each family and family dynamic is unique in its own way. Yours may be a blended family, may have people who are not related by blood but definitely are “family,” or may have people who are legal kin but aren’t really part of the family. Any of these scenarios is a good reason to make sure you consult an experienced Hoboken estate planning attorney without delay. The state’s laws that govern what happen to your assets if you die with no will or trust probably won’t do what you want. With the right will or trust, you can make sure that the legacy you leave behind will go to the people you want.

This need to engage in careful estate planning is especially important if you have ongoing financial obligations that are governed by contracts, like a child support agreement. The estate of a Monmouth County man is a good example. K.O. was the father of one son, born to R.L. in August 2000. K.O. also had a daughter, S.O., from a different relationship.

The father and the son’s mother never married, but they did work out a child support agreement in 2008 in New York. That document said that the father would (1) pay $3,000 per month in child support until the son turned 21 or was “earlier emancipated,” (2) would pay $7,500 annually into a college fund for the son and (3) would also cover the son’s child care costs and unreimbursed medical expenses.

K.O. had amassed several million dollars of wealth. One year before he died unexpectedly in 2014, he created a New Jersey will. That will gave the daughter $5 million plus one half of his residuary estate. He also set up a $50,000 trust to provide for the care of his dog for the remainder of her lifetime. He specifically and explicitly left the son nothing in his will.

You usually can disinherit your child, however…

Generally, you can disinherit a child, whether that child is a minor or an adult. The law of wills says that you can disinherit almost anyone you want… except you typically cannot disinherit your surviving spouse. (If a legal spouse or domestic partner survives you then, unless the two of you have a valid prenuptial agreement that says otherwise, then he/she can either take what you left him/her in your will or can reject that and choose what the law calls the spousal “elective” share, which means that he/she gets 1/3 of your estate.)

To disinherit a child, though, you must make a proper and express statement in your will that you are disinheriting that child. If you leave that child nothing, but do so simply by not mentioning him/her at all in your will, then that child may be able to go to court and win a case that says that he/she qualifies as an “omitted child.” If he/she wins, then that child is entitled to the portion of your estate that he/she would have gotten if you had died with no will at all.

In K.O.’s case, the son’s mother sued the estate for breach of contract and the estate eventually settled with the son’s mother, meaning that, ultimately, the son effectively did get a portion of the father’s estate. If the child you’re seeking to disinherit is a minor child and the subject of a valid child support agreement or child support court order, that may prevent you from leaving them nothing, as K.O.’s case highlights. If you have people in your life the law says you cannot disinherit, it is  important to recognize these, and plan for them accordingly.

For some people, their estate planning goals may be as simple as “everything to my spouse and if he/she dies before me, then everything to my children in equal shares,” but that’s rare. Most people today seek to engage in more customization in their wills and trusts. To make sure that your assets go to the people you want (and not to those you don’t,) reach out to experienced Hoboken estate planning attorney Frank Marciano. Our office is here to help you make your estate planning goals a reality. To set up a consultation, contact the office online or call 201.656.1000.