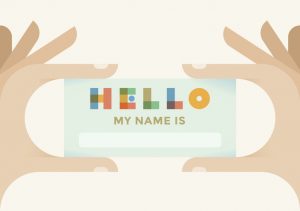 Obtaining a legally recognized name change is important to anyone seeking such action from the legal system but, for some folks, name changes are especially important. For those who seek to make name changes, the legal process in New Jersey is designed to approve most requests. Even though that’s true, it is still very important to be sure you are going about it the right way, so that you can make sure your change will be approved and approval will be achieved as efficiently and stress-free as possible. To ensure this, be sure to contact a knowledgeable Hoboken family law attorney about your situation.

One group for whom a swift and efficient name change is especially important is trans people. Recently, a group of transgender federal inmates filed a lawsuit in Texas after authorities there refused to allow the trans women to change their names legally, according to news reports. Forcing a trans person to use their “deadname” is something so traumatizing as to amount to “psychological torture,” according to the inmates’ attorney.

Obtaining full legal recognition of a new name is also a very important goal for many immigrants. While trans people seek to live their lives free of the torture inflicted by having to use their deadname, immigrants often seek a name change as part of the process of cultural assimilation, helping to enhance their lives both personally and professionally.

Here in New Jersey, courts have made it very clear what the standard is for getting a name change. There are actually very few names you can’t use and circumstances when you can’t change your name (or the name of your minor child.)

For example, you don’t have to be a U.S. citizen to obtain legal recognition of a changed name. Back in 2012, the Appellate Division court overturned a trial judge’s ruling that had denied a father’s request to change his daughter’s first name from “Honghong” to “Michelle.” The daughter was a Chinese citizen who attended school in North Jersey with relatively few children with “foreign” sounding names. Even children of Asian ancestry tended to have names like “Angela,” “Tiffany,” “Brian,” “George” and “Alexander.”

In that case, the appeals court explained that you cannot change your name or your child’s name if you’re doing it as part of a crime or some sort of fraud, and that a judge can reject your request if your requested new name is obscene. Beyond those things, though, there are very few valid grounds under which a court can reject your name change, as long as you don’t have a criminal record.

Citizenship is not one of those valid bases. Back in 1985, an appeals court ruling allowed a documented alien from India to change her last name and the last name of her daughters to “Gupta” because Gupta was much easier for Americans to say and spell than their original last name was. In that ruling, the court said that most “immigrants enter the United States with some measure of confidence that their lives will be better in our great country. To be fettered by an unwanted name would substantially interfere with [the] ability to experience the legitimate blessings of freedom.” The same reasoning supported the Chinese father’s action to change the daughter’s first name to the English-sounding “Michelle.”

A judge’s individual philosophies, and even state law’s public policies, may not be enough to stop the name change you want. Back in 2001, years before New Jersey recognized civil unions or full marriage equality, a court concluded that a woman was free to change her last name to match the last name of her lesbian partner. Many years before that, a court ruled that a person could take a new name that was “traditionally” associated with the opposite gender, as long as no fraud was involved.

Even though there are few legal grounds for rejecting a name change, there is still a specific procedural process for getting that change approved. Whether your reason is because you’re trans, you’re an immigrant or something else, you obviously want your name legally recognized as quickly and painlessly as possible. Talk to knowledgeable Hoboken family law attorney Frank Marciano. Attorney Marciano, backed by his experienced team, has the extensive practical experience to help you achieve your goals. To set up a consultation, contact the office online or call 201.656.1000.