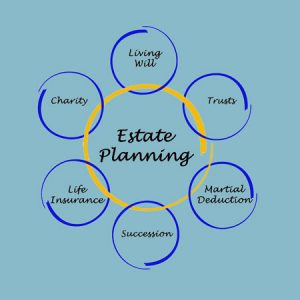 Opinions are like noses… almost everyone has one, but they usually have a couple of holes in them. That’s true when it comes to estate planning. You may hear some “financial guru” on the radio opining that you don’t need an attorney when it comes time to create your will; that you should just get a form off the internet or from the bookstore instead. Maybe that’ll work sometimes, but often it won’t, especially if unexpected problems should arise. When the unexpected does arise, that’s when legal representation provided by an experienced Hoboken estate planning attorney can be valuable beyond measure. For example, if your will is challenged in court after you die, the service your attorney provided at the time (and even after you’re gone) can be essential to having your planning goals and desires reach fruition.

As a real-life illustration, consider this will challenge case from Mercer County. S.W. was a financially successful man who amassed considerable wealth. He was married twice. The first produced a daughter and the second lasted more than 25 years until his death.

S.W.’s final will, created in early 2016, gave everything to the second wife, except a $200,000 payout (called a “specific bequest”) to the daughter. At that same time, the man created a document explaining that he had supported the daughter financially throughout her lifetime, that he had provided her with more than $1 million in gifts during her lifetime and that this was the reason she would receive such a small portion of his estate.

Each time, the man obtained legal representation for the will he created.

The disgruntled daughter launched a legal challenge to the 2016 will, contending that her father, who had been in declining physical health for an extended period of time before his death, lacked the required degree of mental competence necessary to establish a valid will when he changed his plan in early 2016.

No signs of ‘mental incompetence’ or ‘undue influence’

This was where S.W.’s decision to retain legal counsel proved to be critically important. The man’s attorney, in consulting with him about the 2016 will, made specific notes where the attorney recorded his impressions, including the absence of “mental incompetence or undue influence.” When it came time to sign the will, S.W.’s attorney couldn’t meet due to wintry weather, but the attorney’s law partner went to S.W.’s car, discussed the will and witnessed its execution. That second attorney also provided evidence that she found S.W. to be undoubtedly in possession of the required mental competence.

Two law firm employees also witnessed the will’s signing, and were able to provide their impressions of S.W.’s mental competence, as well.

On the basis of all that proof, including the testimony of those experienced attorneys, the man’s estate was able to defeat the daughter’s will challenge. The appeals court noted that the evidence in the case was “so one-sided” as to allow the estate to win on summary judgment. That meant avoiding the stress, delay and expense of having a full trial on the will challenge.

Now, imagine if S.W. had created his will on his own, using an internet form, just a weeks before his death. Let’s say it was witnessed by the second wife’s sister and brother-in-law and notarized by someone who was a personal friend of the wife. In a scenario like that, it would have been considerably harder for the estate to defeat the challenge as swiftly and efficiently as what happened in this case.

Creating your will might seem like a simple thing. But rather than focusing on the simplicity or complexity of your plan, ask yourself this instead, “When it comes to something as important as the legacy I leave behind for my loved ones, do I really want to leave anything exposed to easily avoidable risk?” Then reach out to skilled Hoboken estate planning attorney Frank Marciano, who can help you ensure that the documents you create will achieve the objectives you desire. To set up your consultation, contact the office online or call 201.656.1000.