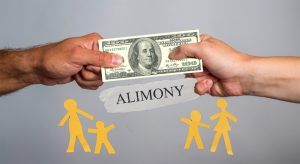 Alimony law has undergone a number of changes in the last few years as a result of actions taken in Trenton as well as Washington. A few years ago, changes in state law erected some important and substantial new restrictions on alimony. On top of that, the more recent federal Tax Cuts and Jobs Act ended the obligation for recipients of alimony to pay federal taxes on that money (for divorce agreements occurring in 2019 or later.)

So, now more than ever, it is very important if you’re getting alimony, to make sure you understand what will and won’t trigger an end to your alimony. In other words, whether you are in the process of working out a divorce agreement in your pending case, or you have an existing agreement in your already completed divorce, look to the advice and counsel of an experienced Hoboken family law attorney to help you make certain that you know what your options are.

One common thing that triggers an end of alimony is the recipient’s remarriage. Of course, that leads to another question — which is, what exactly constitutes a remarriage? In the case of one Camden County couple, W.S. and C.S., that question was the key to their case.

The couple had a divorce agreement with several triggers for potential termination of the husband’s receipt of alimony, including the husband’s remarriage. In the fall of 2015, W.S. and his girlfriend reportedly engaged in a celebratory event. The girlfriend told the person officiating that the ceremony was to marry the couple “in the eyes of God” and that there would be no marriage license. Both W.S. and the girlfriend described the event on social media as a “wedding,” and W.S. previously announced the couple’s “engagement” in a wedding magazine.

W.S.’s ex-wife found out about the event and went to court to ask for an order terminating her alimony obligation. The Appellate Division court upheld a ruling for the husband. Under this set of facts, C.S. was not entitled to a termination of her alimony obligation based upon her ex-husband’s “remarriage.” Basically, the court stated that, under New Jersey law, if there wasn’t a marriage license, then it wasn’t a legal marriage.

New rules, new laws and the impact on communities like LGBT people

These issues can matter a great deal to several groups of people. One of those groups is same-sex couples. For many decades, same-sex couples didn’t have the option of getting married in New Jersey. Since 2013, they have had that option. However, while getting married may produce many benefits, it may also come with a serious cost if, for example, your marriage to your current partner would trigger a termination of the alimony you currently receive from, say, your ex-spouse from several years ago.

So, what should you take away from all this information? First, marriage is available to more couples than ever, but even though you can marry, you may not want to marry as it may be too financially detrimental to do so. Second, understanding exactly where the line is in your alimony agreement (in terms of what does and doesn’t trigger an end to alimony) is very important, so be sure to rely on an experienced attorney who can help take the specific facts of your situation, apply them to the current state of the law in New Jersey, and give you the answers you need.

For advice and advocacy you can count on, talk to skilled Hoboken family law attorney Frank Marciano. Whether you are the one receiving alimony or are the one paying alimony, Attorney Marciano and his team are ready to help. To set up a consultation, contact the office online or call 201.656.1000.