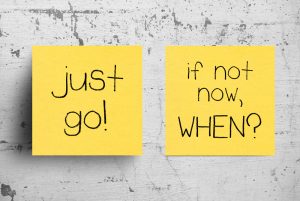 Back in 1985, a famous country music performer, Reba McEntire, released a song with the lines, “Somebody should leave…but which one should it be?” Regrettably, failed marriages like this fictional one are a sad reality for many couples in New Jersey. Before you make the decision to be the “somebody” who should leave your marital home, you owe it to yourself to consult a knowledgeable Hoboken divorce attorney. Depending of the specifics of your situation, moving out of the marital home may ultimately be the wrong decision, even if it is the less painful one in the short term.

In New Jersey prior to 2007, you often had to prove that your spouse was “at fault” before a court would give you a divorce. In some foreign countries, you still do. Abandonment is one common way to do that. Back in late November, according to a report in The Tribune, a husband in India won his divorce case after alleging that his wife left for Dubai one day in 2015, taking all her belongings with her, with no “provocation or reason,” and never came back. The judge sided with the husband, ruling that the wife failed to provide “any reasonable cause due to which she had to live separately from the” husband.

Here in New Jersey, getting a divorce in a circumstance like this can be much simpler today. New Jersey law allows spouses to pursue a “no-fault” divorce, which means that you don’t accuse your spouse of some failure, but merely allege irreconcilable differences. However, the law does still allow spouses to pursue an at-fault divorce, and one of the causes available is abandonment or desertion. This fact may give you serious pause if your marital relationship has broken down and you are considering moving out.d

What risks do I face if I move out?

So, your moving out generally isn’t an abandonment. However, there are still things of which you need to be aware. If you and your spouse have minor children together and you desire to obtain sole custody (or even primary physical custody,) your decision to move out could be damaging to you. Judges will decide child custody issues based on the “best interests of the child.” If your child has spent an extended time living in the marital home primarily with your spouse, being cared for primarily by your spouse and raised primarily by your spouse, a court may be very persuaded by your spouse’s arguments that the child has faced enough upheaval and instability, and that it is in the child’s best interests to avoid more instability – meaning that the child’s best interests are served by continuing forward with your spouse having sole or primary custody of the child.

If, however, you remain in the home, then you have a much greater chance of avoid such an outcome, and may place yourself on more equal footing when it comes time to litigate custody issues.

When your marriage is breaking down, it is likely to be an extremely stressful and emotional time. However, it is important to know that the decisions you make now may have extensive long-term legal impacts on your family. Don’t make a sudden and emotional choice that can harm you down the road, and don’t try to go it alone. Get the legal advice and assistance you need in a contested divorce by retaining experienced divorce attorney Frank Marciano. Attorney Marciano, aided by his helpful support team, has many years of providing the clear advice and effective counsel divorcing New Jersey spouses need and deserve. To set up a consultation, contact the office online or call 201.656.1000.