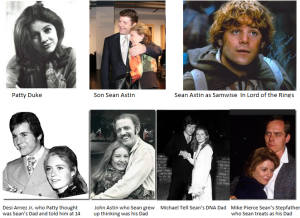 All this action, no satisfaction
We’re all linked together like a chain reaction
Play or fold, love is bold
What is the future that will unfold?
Some like it hot, others like it cold
But we all want to hold the remote control
from “Remote Control” by the Beastie Boys

One of the Beastie boys died today, Adam Yauch aka MCA, and it made me sad. There was something about their smart lyrics and great beats that I still enjoy after all these years. The fight for your right (to Party) song always made me reflect on the fact that Thomas Jefferson, actually wrote at the beginning of the Declaration of Independence that one of the rights that the founding fathers were fighting for was the right to pursue Happiness. In effect the right to Life and Liberty was not enough, that “the Pursuit of Happiness” was just as important as Life and Liberty. How totally radical, in fact how revolutionary that must have sounded then. And now, the right to pursue your happiness is so ingrained in our culture, that people from all over the world come here for a better life, to a country where the pursuit of your own happiness is a founding principle of the government. When Martin Luther King spoke of his dream, when he said that “America is essentially a Dream” he was expounding upon the words of Thomas Jefferson and the right to pursue Happiness. The tremendous struggles of the civil rights era were needed to right horrible wrongs of deep injustice. But it is not frivolous to say that it was a fight for the right to party, because life and liberty are not, in and of themselves enough. The Beastie Boys made me dance and laugh and when I hear their music I feel young again.

And now from the Declaration of Independence: